INTERESTED IN PLAYING OR COACHING IN EUROPE? LOGIN or REGISTER NOW FOR FREE!
Posted on 20 Jan 2017 - Go back to news list 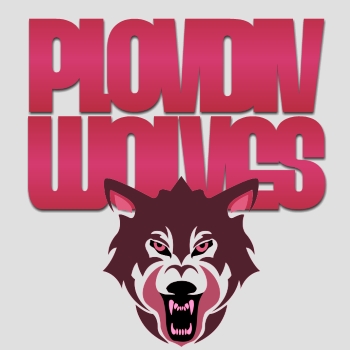 Pack of Wolves, Pack of Winners!

They showed that Bulgaria can be proud of his own American football team.

Nikola Kovachev is the QB of the team and before every game makes plans for playing. Most of the players study at the Medical University of Plovdiv. Their days are very full but they always fight until the end and are ready to play for every inch.

The Plovdiv Wolves received many awards. The biggest one being the 1st place at "Sofia Championship" in 2015. The team had 3 winners for Most Valuable Player, given to Martin Glavchev # 21, Nikola Kovachev # 18 and Miroslav Trampov # 47.

In 2017 the Plovdiv Wolves will have many competitions and many other events, like Award Presentation and Championship for a charity. They have many fans. Girls and boys love them and they always go to their games to watch their favorite team playing. In 2017 the team will have new outfits.

1) Where do Plovdiv Wolves love to go after a match?
- Often in the evening after a hard tournament much of the team is not able to do anything. Traditionally, however, we arrange a meeting in the office - the apartment of one of the founders of the team. We review the game. Sometimes you can find us playing football in places like No Sense.

2) Tell us your best memories with your team?
- Each workout is very fun. The coolest memories are of tournaments and tough matches we won. The memory of last year's final, which beat Sofia Bears stands out a bit more. It was a terrible battle. There are thousands of things that I could mention.

3) How many hours on the field can you train?
- We train for at least two hours, sometimes three. During tournaments we usually play 3-4 games a day. We start at 10am and play until 6pm.

4) Are you friendly with the other teams?
- Wolves are very cool, lol. When we play, we think only of victory by fair play.

5) Are you ready for the match with a world famous football team?
- We're ready!
Please login to comment.
Go back to news list
Register now!
My Messages
Sent Messages
Who is online? (46)
Who saw my profile?
My Profile
My Account
My Notes
My Contacts
My Block List