INTERESTED IN PLAYING OR COACHING IN EUROPE? LOGIN or REGISTER NOW FOR FREE!
Posted on 10 Feb 2017 - Go back to news list 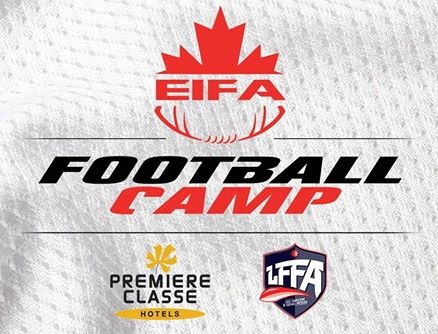 
The "International School of American Football" known in French as the EIFA, is returning to France for the 4th edition of its American football camp.

The 2017 edition will see many new features. First, there will be 2 camps at 2 different locations. The first camp will take place from June 26th to June 30th in Villepinte located just outside Paris. It will the fourth time the camp will be hosted by the Diables Rouges. The second camp will take place from July 3rd to July 7th in Brittany. The definite location will be announced shortly.

Also, for the first time, registration will be open for junior (U19) and women participants.
Registration is always open to senior (+20) and shadow-coaches.

The focus of the ISAF/EIFA is on the technique. For five consecutive days, in a 2 a day setup, participants will work with coaches on techniques related to their specific position. Every day, the day's practice will be review on film and a conference will take place. The 2017 coaching staff will be made of coaches from Canadia (USports, formely CIS) and the United-States (NCAA).

The 2016 edition of the ISAF/EIFA saw participants from France, Belgium and England and coaches from Canada, the United States and France.

For the camp to be held in Villepinte, the EIFA has struck a partnership with the hotel chain "Première Classe" located a mere 20 meters from the football field. To benefit of the special rate, you must contact the Diables Rouges. They will help you with the reservations.

We invite you to visit our website at http://www.eifa-football.com to learn more about the event.

ISAF/EIFA was founded in 2010 and it is dedicated to the development and the improvement of football players in Europe.